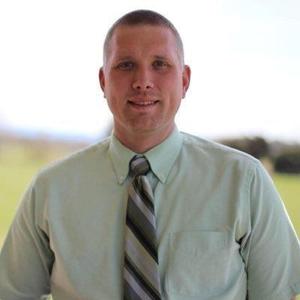 The Greeneville City School System is excited to announce Richard Tipton as the Interim Assistant Principal of Greeneville High School.

Mr. Tipton graduated from Tusculum University in 2005 with a BA in Mathematics Education.  He continued at Tusculum University to gain a MA degree in Curriculum and Instruction in 2008, and later he acquired an Ed.S in Administration & Supervision in 2014 from Lincoln Memorial University.  He started teaching Mathematics and Computer Programming at Chuckey-Doak High School in 2005.  After three years, he moved to Greeneville City Schools in 2008.  He taught Mathematics at Greeneville Middle School and Greeneville High School until 2014.  In 2014, he was hired into the role as an Instructional Specialist.  This role gave him the opportunity to work with a wider range of subjects and teachers. Mr. Tipton was the recipient of the school system’s Excellence in Professional Learning Award for 2015.  Since 2017, in addition to the role of Instructional Specialist, he has been the Limitless Learning Coordinator for Greeneville City Schools where he has worked to expand the blended learning program.  This past year he was awarded the school system’s Excellence in Technology Award.

Richard and his wife Jennifer, who is a teacher at Doak Elementary School, have one child, Alyssa.

“I am grateful and honored to accept the assistant principal position at Greeneville High School,” Tipton said.  “I am excited to continue the tradition of excellence exemplified by the dedicated Greeneville High family.  I look forward to serving the students, families and staff with grit and a commitment to excellence.”