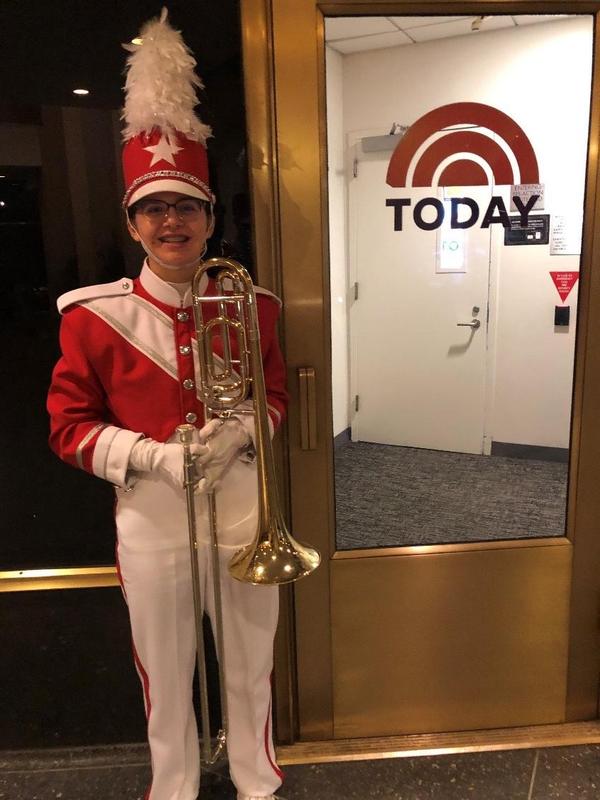 Carolyn FitzGerald, a Senior at Greeneville High School, will be leaving on Saturday Morning to march for the third time in the Macy’s Thanksgiving Day Parade with the Macy’s Great American Marching Band. She plays trombone with the Pride of the Devils Band.

FitzGerald had to go through an extensive application and audition process to be selected to participate.  She, along with 225 other high school students from across the nation were selected for this honor.

FitzGerald will go through intense rehearsals next week before the performance.  She will also have time to tour and enjoy New York City – including sightseeing and going to a Broadway show.

FitzGerald is originally from upstate New York and looks forward to returning home. “I look forward to making music with other band students that share the same passion as me” she said.

“We are extremely proud and excited for Carolyn as she heads to represent us in the Macy’s parade. I can’t wait to hear about her experience and share it with the rest of the band program!” said Brooke Williams, the Band Director at GHS.